After a busy couple of weeks working on the new driveway at the cottage, time today to wander about the field and beside the burn with a camera.

A dandelion beside the burn.

A plantain flower going to seed.

Cuckoo Flower growing in the lawn.

After months of waiting, we finally received permission from the Highways Dept to remove the garden wall at the cottage in preparation for the building of a new driveway.

The new drive is not something we were especially wanting but it became a condition of planning approval for the renovation and extension of Holly Cottage.

There were three or four old stumps to remove but the digger made quick work of them!

The contractors arrived a couple of days later and within a few hours made a nice job of the new kerbs and working entrance to the drive.

By the end of last week we had excavated the temporary area of the driveway and laid the roadstone base.

One ahem? "minor" job that faced Hilary and me was to move a very old Rhododendron which grew very close to the old garden wall (now demolished).  We didn't want to lose this lovely old shrub so, using the digger we eventually managed to lift it out of the ground and move it to it's new position a few meters away.  What a struggle.......

Triumphant but exhausted at the end of a very long day!

A lovely bright morning at the cottage this morning, the apple blossom in the orchard is glorious.... 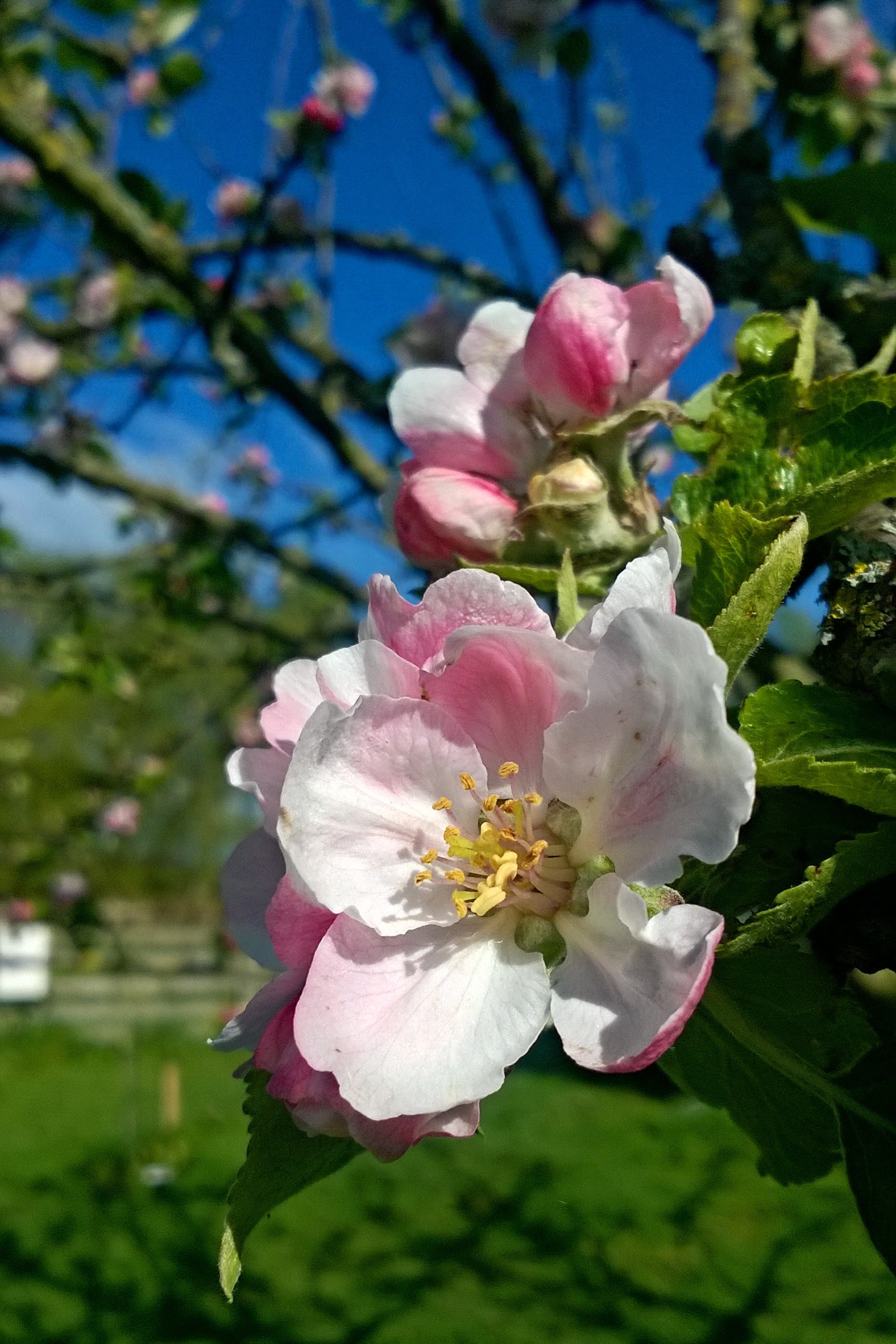 I popped out of the cottage to collect the eggs and found two of the ducks enjoying a spot of sunshine on the roof. Not seen them up there before.... 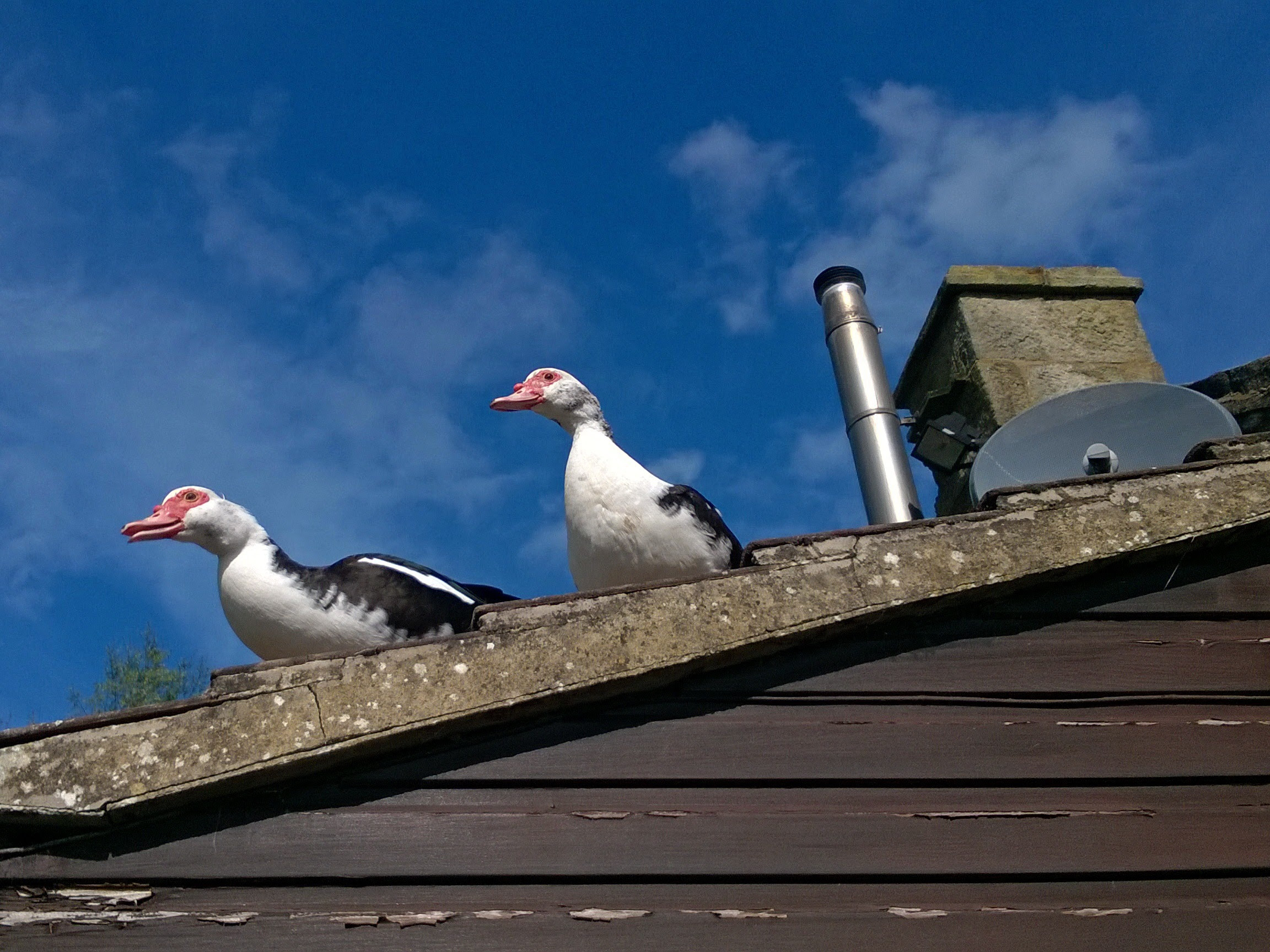 Jon Storey
Northumberland, United Kingdom
Born in the nineteen fifties and brought up in Co Durham, I studied graphic design in Carlisle and then went to live on the beautiful Isle of Man where I made my home for twenty four years. In 2005 I returned to live in the North East of England, in Northumberland just over the border from my home county. Currently a Councilor on Slaley Parish Council. In recent years Hilary and I have bought the family cottage near Slaley which we are currently renovating. Our progress on the cottage along with the development of our orchard and hand made food products can be found here: https://hollycottagelife.blogspot.com/ We also keep a flock of mainly Rare Breed Breed poultry and sell their wonderful eggs. https://hollycottpoultry.blogspot.com/ We are in the process of developing a small Online Shop for our produce. https://holly-cottage-online.my-online.store/